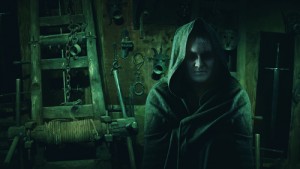 Make no mistake about it, having a sexual transmitted infection can be ghoulish, and proper STI treatment is always required. The sores, the pus, the pain – it’s everyone’s worst nightmare in this day and age. But then again it could be worse; imagine if you contracted an STI in medieval times, when modern medicine as we know it just didn’t exist?

Back in the Middle Ages (5th-15th century) the burden of chronic, infectious diseases was much more prevalent than it is now. Syphilis (or the “French disease” as it became known in the 15th century) was rife in cities, as was gonorrhoea. And when the Black Death struck from 1346-1353, brothels and bathhouses were shut down to help halt its spread.

Meanwhile in medieval Amsterdam, the red light district supposedly got its name from the prostitutes who tried to hide their infected nether regions by placing a red cloth over their lamps when punters arrived. Illuminating the room in a red glow apparently reduced the visibility of their red sores in the process.

Medieval people believed almost any disease was the result of an imbalance of one of four fluids in the body, known as a ‘humour’. It’s therefore likely that they applied a one-size-fits-all approach to various STIs, one of which was known as ‘leeching’. This consisted of quite literally placing a leech on the part of the body most affected and allowing the creatures to suck as much blood as they could. Imagine having one of those down there!

Today, gonorrhoea is often referred to as ‘the clap’ and some accounts suggest the name has medieval origins. The treatment for this ailment in the middle ages was thought to be slamming down a heavy book onto the penis to force the discharge out – this created a clapping sound in the process. Ouch.

If your sexually transmitted infection got so bad that you needed surgery (often performed by barbers or monks), the only anaesthetic available to you was in the form of a drink called ‘dwale’. It consisted of wine, hemlock juice, henbane, bryony, opium, lettuce juice and vinegar. The hemlock juice and opium were so poisonous that some patients didn’t wake up at all. Similarly, those with gonorrhoea were forced to ingest mercury and silver nitrate – another potentially deadly treatment.

If left untreated, venereal diseases like syphilis can cause a blockage of urine in the bladder. The solution back then? A long metal tube inserted through into the urethra, through the stomach or anus, of course. We’ll pass on that today, thanks.

Don’t stay in the dark ages when it comes to your STI treatment; LloydsPharmacy Online Doctor offers fast and effective home STI kits so you can prevent the nightmare.