STIs are on the rise amongst older men 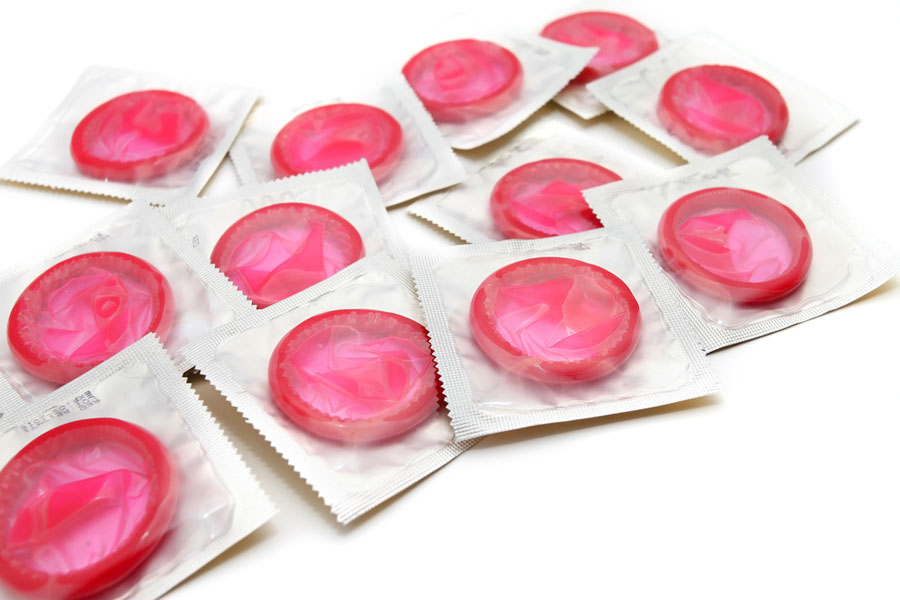 In 2010 the Family Planning Association launched a new safe sex campaign encouraging the use of condoms. Though you might expect the FPA to focus on randy teenagers and thirty-somethings throwing caution to the wind, this campaign was actually designed for people in middle age and older.

The campaign was centred around retro fashion adverts from the 60s and 70s taglined with the words “Remember wearing this? Then remember to wear this!” alongside an image of a condom, and a paragraph explaining that – whatever your age – safe sex is a must (click here for an example). The inspiration? A rather startling rise in diagnoses of sexually transmitted infections amongst people in their 40s and older. Four years on, we haven’t seen a decline in STI diagnoses amongst the older generation – in fact, it’s quite the opposite. And men in particular seem to be at risk.

A report from Public Health England from 2009 to 2013 highlights that – though other age groups are represented by far larger numbers of STI diagnoses (we’re looking at you, 25-34s), there seem to be greater percentage increases in sexually transmitted infections across the years for men over 45.

Why are older men getting STIs?

First off, these rises aren’t happening by accident – in a study of sexually active people carried out by the Office for National Statistics (ONS) from 2008 to 2009, only 11% of men aged 65-69 said they had used condoms during sex in the past year, compared to a 88% of men aged 16 to 24.

So why are older men avoiding safe sex? We did a little digging and found there were a few factors at work…

As a spokeswoman for the FPA explained back in 2010, lots of people in middle age and older spend this portion of their life getting back into dating and sex after a divorce, separation or bereavement: “The problem is that lots of people over 50, single or dating, don’t think safer sex applies to them. If you’ve been in a long-term relationship it may not have been something you’ve had to factor in for years”.

There is undeniably an illusion of safety that surrounds heterosexual sex once a woman has been through the menopause. If there’s no risk of pregnancy, then it’s far more likely that a heterosexual couple will go without contraception of any kind – particularly if they have come from a previous long-term relationship in which contraception wasn’t regularly used. Indeed, in the same 2008-2009 study by the ONS, prevention of pregnancy was cited as a reason for using a condom almost twice as often as prevention of infection.

One surprising factor that could explain rising numbers of STIs in older men is a lack of education surrounding the topic. The ONS study found that, when asked about the symptoms of chlamydia, only 19% of men in the 50–69 age bracket gave correct answers to everything (compared to 37% of men in the 30-34 age bracket). This could be partially explained by the fact that the majority of people asked (31%) cited television as the main source of information about STIs – it’s not too far-fetched to suppose that these sorts of TV programmes are not the kind watched by older men. Another explanation could be that doctors are less likely to bring up the subject of sexually transmitted infections around older people, and that public service campaigns are more likely to target younger demographics.

While there have been increases in STI diagnoses amongst heterosexual men, gay and bisexual men appear to be particularly at risk from sexually transmitted infections (between 2012 and 2013 there was a 26% increase in gonorrhoea diagnoses for men who have sex with men, compared to a 5% increase for heterosexual men). According to a study by the Health Protection Agency, there was a 26% rise in the number of gay and bisexual men who had sex without a condom between 1990 and 2010. HIV expert Dick Keiser Jr. has written about the recent trend for gay and bisexual men to have unprotected sex, explaining it as a backlash against the HIV/AIDS epidemic of the 80s and 90s and linking it to modern medical developments in HIV treatment and prevention.

The problem is, though HIV is now a far more manageable illness than it used to be – and although there are preventative medicines available for men who may be at risk – gay and bisexual men will continue to be at risk of sexually transmitted infections, including HIV, as long as they have unprotected sex.

How can older men protect themselves against STIs?

There are several easy ways that older men (and indeed, men of any age) can protect themselves against STIs.

If you’re an older man having sex with an older women you should also be aware that, even if she’s experiencing menopausal symptoms, or is over a certain age, there could still be a risk of pregnancy!

Lastly, remember that sexually transmitted infections are very common and – in most cases – easily treated. If you do think you’re at risk, go and see a doctor, or use our confidential online sexual health service.