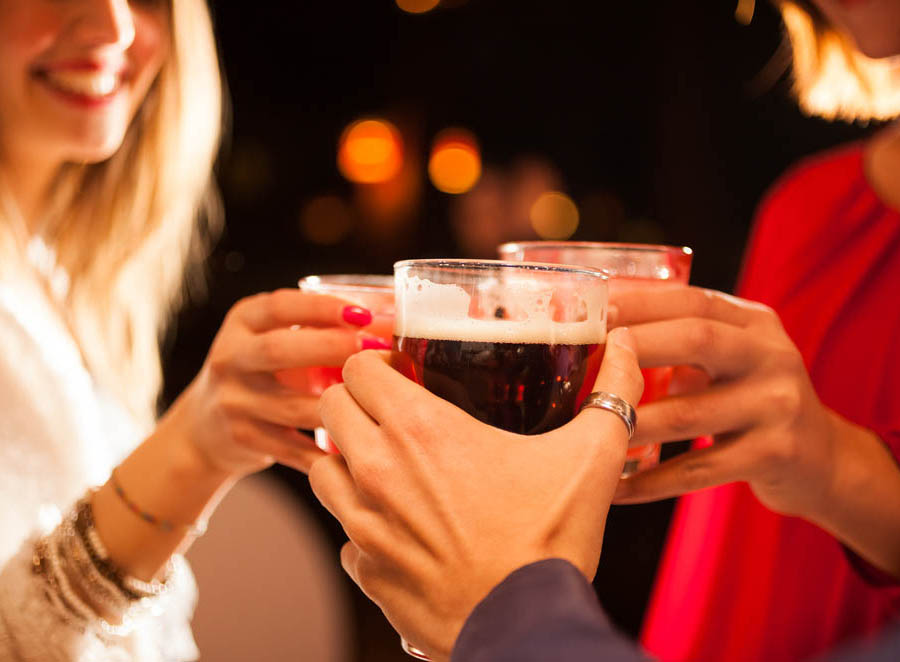 We all know the effect that drinking excessively has on the body, whether it’s the loss of balance made obvious during an attempt to navigate the bar stools and tables of a local pub, or the pounding headache and tender stomach that comes with a hangover the next day. A recent study from the University of Southern Denmark has shown that alcohol also affects male fertility, by reducing sperm quality.

Alcohol and fertility: studying the effects of alcohol on sperm

Researchers looked at the fertility of 1,200 male recruits from the Danish military aged 18 to 28 over a four-year period between 2008 and 2012. They collected information on the number of units drunk in the preceding week, and the quality of the participants’ sperm. Sperm quality was assessed on:

Researchers found the effects were most apparent after 25 units, with sperm count falling a mighty 33% for those who typically drank 40 units a week.

The study, published in the journal BMJ Open, found that drinking just five units of alcohol in one week seemed to reduce the quality of sperm. The effects also seemed to become more pronounced as the amount of alcohol consumed rose. The NHS recommends that men should limit their daily alcohol intake to around three or four pints with at least two alcohol-free days per week.

Reasons for the drop in sperm quality

Past research into the link betweeen alcohol and fertility, particularly regarding how exactly alcohol affects sperm, has been somewhat sketchy. The latest study highlights a link between alcohol consumption and changing levels of hormones crucial to reproduction. The experts found that drinking alcohol led to rising levels of testosterone and falling levels of a molecule that helps to carry certain hormones around the blood, known as SHBG, or sex hormone-binding globulin. However, others in the scientific community offer a word of caution. The University of Sheffield’s Dr Allan Pacey reminds us that the biological mechanism behind alcohol’s effect on fertility is still not fully known, with a number of different studies finding confliction conclusions. “As far as I am aware, we also don’t currently know by what biological mechanism alcohol consumption could reduce semen quality, so more research is needed,” he says.

What is better known is the indirect effect that alcohol can have on fertility. Regular drinking can lead to a number of poor lifestyle choices that we do know directly affect sperm quality. These include:

Mar 9, 2015Dr Anup Jethwa
Exercise your brain while you exercise your bodyDon’t let sugar get the best of you