Is Coffee Bad For You?

Coffee has long been heralded as a daily vice we could all cut back on. The British population collectively knocks back 70 million cups of coffee each day, but when does habit turn into health concern?

With studies showing that coffee drinkers have a 25% lower risk of premature death, and countless others suggesting it protects against certain cancers, should we still be cautious about our dependence on the black beverage?

We summarise the latest epidemiological research on what drinking coffee regularly means for your health to answer the killer question: is coffee bad for you?

Coffee is famous for its caffeine content, with an average cup of black coffee containing about 100mg/d of the stuff. However, this can vary depending on how the drink was prepared and the type of beverage itself. 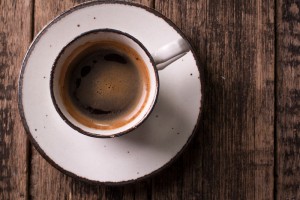 Coffee is rich in minerals and vitamins including riboflavin, magnesium, chromium, and pantothenic acid. It also has an impressive antioxidant profile; unprocessed coffee beans have been found to contain approximately 1,000 different antioxidants, with a cup of black coffee having greater antioxidant activity than green tea.

Antioxidants help our bodies fight inflammation and neutralise free radicals which aid the development of chronic diseases. We should, however, be careful not to overstress the antioxidant angle – more studies are needed before we can confirm the level of coffee antioxidants that are actually absorbed by the human body.

Most of the below studies relate to black coffee, which contains only 2-4 calories. Adding milk, sugar and syrups quickly pushes up the calorie content and undermines the health potential of your brew.

Experts convened by the World Health Organisation (WHO) have recently concluded that coffee is unlikely to cause cancer, and that it actually protects against at least two types: uterine and liver cancers. This marks a landmark in our understanding of coffee and cancer, overturning a 1991 pronouncement that coffee was ‘possibly carcinogenic’.

Drinking coffee regularly can lower the risk of liver cancer by up to 40%, which is believed to be down to its cafestol and kahweol content. The World Cancer Research Fund International has reported that coffee may also protect against many other types of cancer, and the link between breast, prostate, and pancreatic cancers and coffee drinking has been ruled out.

However, experts have stressed that drinking very hot drinks – those over 65°C – is probably carcinogenic; over time, these hot beverages can injure throat cells and potentially lead to oesophageal cancer.

The caffeine in coffee can cause your blood pressure to rise temporarily, increasing by 3-4 mm/Hg. This can be uncomfortable for those with hypertension, although long-term coffee drinking does not increase your risk of developing the condition itself.

It’s important to understand that this is less of a concern for those who drink coffee regularly. After a while, the body builds a tolerance to the caffeine in your daily coffee and any rise in blood pressure stabilises within a few hours. More studies are needed on long-term effects on blood pressure, but some have suggested that drinking large amounts of coffee regularly may actually reduce the risk of hypertension in women.

Regular coffee consumption has been found to protect against type 2 diabetes. Some of the minerals contained in coffee, such as magnesium and chromium, help the body to process insulin. They also help to maintain insulin-producing cells, which in turn can help stabilise blood sugar levels.

Coffee’s antioxidant content has also been found to improve insulin sensitivity and help protect against tissue damage. Antioxidants themselves fight against inflammation, which is a main risk factor for type 2 diabetes as well as several other chronic diseases.

Studies have suggested that regular coffee consumption can reduce your risk of stroke and heart disease, if only by a small amount. However, this does not mean that coffee prevents against heart attacks, and it’s worth noting that your stroke risk increases immediately after drinking coffee if you do not drink it regularly.

One Dutch study found that moderate coffee drinkers benefitted from a 20% reduced risk of developing heart disease when compared to non-drinkers, with the ideal amount being between 2-4 cups a day. It is believed that coffee’s anti-inflammatory effect protects against arterial damage and is associated with a lower build-up of calcium in the arteries.

Studies have returned positive results for those living with certain neurological disorders. For those who already suffer from Parkinson’s Disease, coffee may help to control movement, ease stiffness and improve speed. It has also been shown that coffee drinkers have a lower risk of developing the disease in the first place, which can be reduced by anywhere between 32-60%.

Coffee can affect our mood, since the caffeine it contains influences neurotransmitters such as dopamine. One study from the Harvard School of Public Health found that women who drank four cups of coffee had a 20% lower risk of depression than non-coffee drinkers.

Although caffeine is a stimulant, the idea that coffee improves alertness is actually groundless – coffee drinkers are no more alert than those who don’t regularly drink the beverage. The coffee hit many drinkers experience is actually just the product of caffeine withdrawal.

Drinking coffee delays the production of a hormone called melatonin which regulates sleep. As such, drinking coffee before bed can make it harder to fall asleep and may interfere with your regular sleeping patterns. On a long-term scale, this could be disastrous for cognitive functioning and mood.

Whilst there are many potential benefits to drinking coffee regularly, it should by no means be promoted as a healthy ‘super drink’ we should all start drinking in excess. The evidence above should mainly be interpreted by coffee drinkers as a thumbs up to continued consumption: it’s ok, coffee is probably not going to kill you and coffee isn’t bad for you per se. 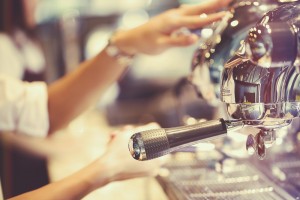 However, it’s important to acknowledge the limits of the available research. Large epidemiological studies cannot prove direct cause and effect of coffee consumption, and results are often clouded by other lifestyle influences. Some data sets are equally too small to allow us to make solid generalised statements on coffee’s health credentials.

Different people react differently to caffeine, so there can be no one-size-fits-all from these studies. Many people experience irritability and anxiety as a result of high coffee consumption, and coffee itself can also interact with certain medications, particularly those prescribed for thyroid problems and depression.

High levels of caffeine during pregnancy from coffee consumption has also been linked to miscarriage, birth defects and delayed foetal development. Pregnant women are advised by the UK Food Standards Agency to drink no more than 200mg of coffee a day, which roughly equates to two cups.

The brewing method you use can also impact the health benefits of your coffee. Scientists have found that filtering coffee removes the substance ‘cafestol’, which can stimulate cholesterol levels. This substance is found in higher levels in coffees brewed through an espresso machine or cafetiere.

So, how much coffee should you drink to stay on the right side of healthy? The European Food Safety Authority concludes that healthy adults should drink a maximum of 400mg a day – about 4 cups. It’s also important to remember that you source caffeine from other foods, so be wise about how much you’re ingesting each day.

Jul 22, 2016Online Doctor
A Workaholic's Guide to Relaxing on HolidayCan you have sex on your period?