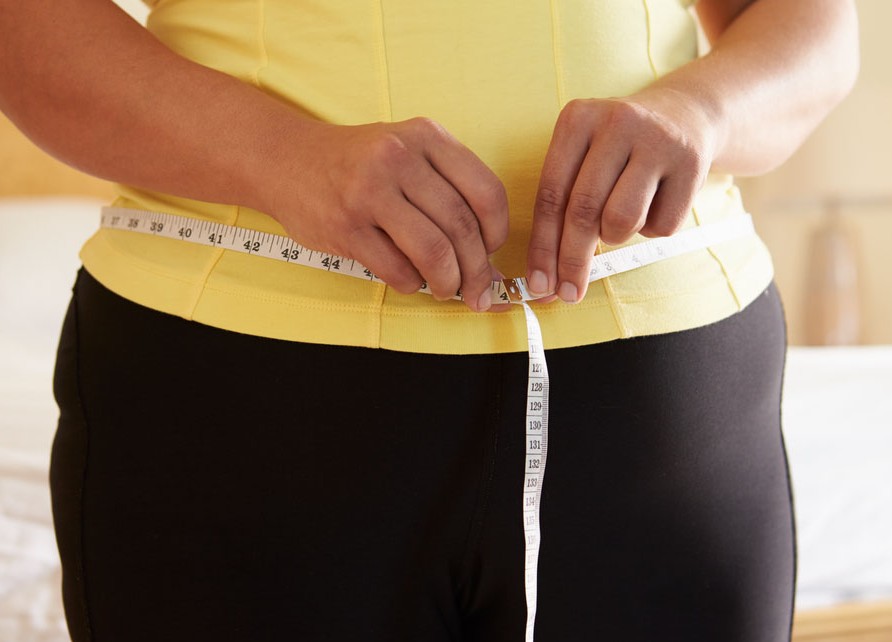 Diabetes is a growing problem in the UK.

While type 1 diabetes is something that develops in childhood – hence its other name of early-onset diabetes – type 2 can be brought on by certain lifestyle choices, most notably excess weight.

Recent data has shown that:

Adults carrying large bellies increase their chances of developing diabetes by up to five times.

Following this latest research, health officials in England are telling people to dust off their tape measures and check their waistlines in order to see if they are at risk, and if they are, to try to start losing weight as soon as possible.

Diabetes is a condition that involves problems around the hormone insulin. The role of insulin in the human body is to get energy-rich glucose into cells. Most cells cannot absorb glucose directly, so the pancreas produces insulin that attaches itself to glucose. This allows the glucose to become absorbed by cells and used as energy.

When a person’s body does not produce enough insulin, or the insulin does not work properly, the amount of glucose in blood increases to harmful levels, threatening health.

Type 1 diabetes is something that usually becomes obvious in childhood or early adulthood, before the age of 40.

People with type 1 diabetes are unable to produce insulin. This is because the body’s immune system mistakenly targets and destroys cells in the pancreas that make insulin.

People with type two cannot produce enough insulin, or the insulin they do have is not used properly by the body.

There are several risk factors that will make you more susceptible to type 2 diabetes. These include:

Due to the excesses of modern living, the number of people with type 2 diabetes has increased throughout the Western world.

Predictions suggest that by 2030 in England alone, 4.6 million people (9.5% of the population) will have diabetes.

Research shows that carrying extra weight around the stomach particularly affects the likelihood of developing type 2 diabetes. This is because fat around the abdomen produces chemicals that disrupt the body’s response to insulin.

If you are looking for ways to lose weight, why not check out our weight loss service.

The recent research from Public Health England (PHE) found that:

Dr Alison Tedstone, chief nutritionist at PHE, said that type 2 diabetes can develop into a serious condition, with consequences that include amputation and blindness.

She advises anyone at risk of type 2 diabetes to minimise their chances of developing the condition by eating a balanced diet and taking regular exercise, thereby losing weight, particularly around the waistline.

To learn more about Diabetes, visit our website for information on Diabetes Symptoms and Diabetes Causes & Treatments.