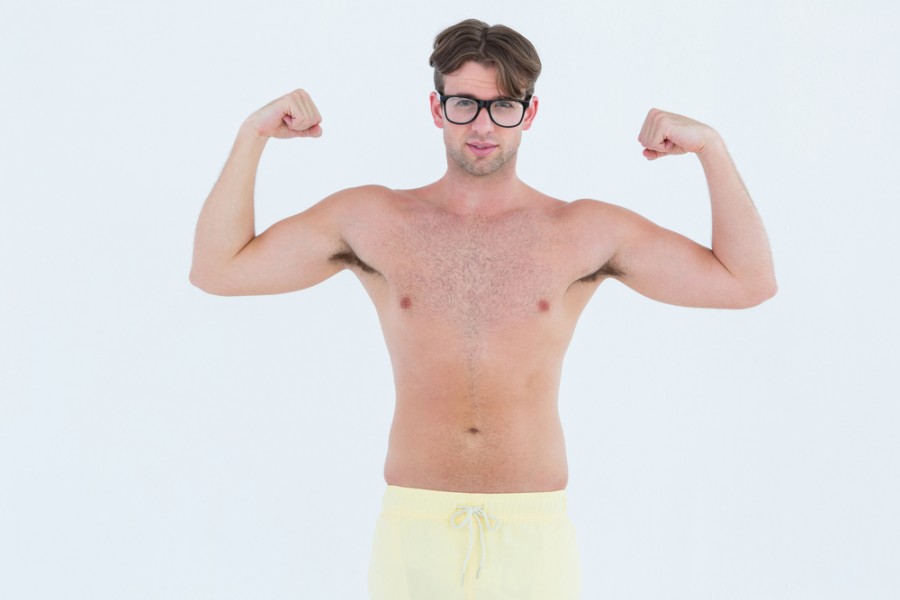 2015 is the year of the Dad Bod. Ever since student Mackenzie Pearson popularised the term in the essay ‘Why Girls Love the Dad Bod’ the internet has creaked under the weight of tributes to this unlikely craze. Instagram, Tumblr and Twitter have gone Dad Bod crazy! Here we examine the Dad Bod and what it means to own one.

What is a Dad Bod?

The ‘Dad Bod’ isn’t exclusively the preserve of dads. Indeed Mackenzie Pearson originally used the term in reference to college boys and young men who have bodies more typical of their fathers. However the definition has expanded to include any male between the ages of 16 to 70 who doesn’t sport an Olympian physique. Pearson writes:

“The dad bod is a nice balance between a beer gut and working out. The dad bod says, “I go to the gym occasionally, but I also drink heavily on the weekends and enjoy eating eight slices of pizza at a time.” It’s not an overweight guy, but it isn’t one with washboard abs, either.”

The Dad Bod should be applauded. Men suffer far less pressure than women to hone the perfect physique but nonetheless pressure exists. Gyms, fitness magazines, and your annoyingly active friend all peddle the notion that real men have six packs. Most male-focused advertising, from clothing to deodorants to aftershaves, feature incredibly attractive models/actors who might have been chiselled out of marble. Busting this myth, celebrating a more ‘natural’ male look, can only help men lose their inhibitions and increase their self-confidence.

However we shouldn’t mistake ‘natural’ for ‘unhealthy.’ A balance must be maintained. While you needn’t spend every day in the gym, or running a mini-marathon, regular exercise is vital for healthy cardiovascular function. A sedentary lifestyle, especially if coupled with a high alcohol intake and/or smoking, can greatly damage your health.

Pearson recognises the distinction in her original definition. The owner of a Dad Body “[goes] to the gym occasionally”; they aren’t “an overweight guy.” While not fixated by appearance, the Dad Bod owner still takes reasonable care of himself. A Dad Bod isn’t a bad bod.

67% of men in the UK were recorded as being overweight or obese in 2014. As a greater percentage of the population grows overweight, our perception as to what constitutes a ‘healthy weight’ might become warped. Being overweight can lead to many health conditions, such as:

See our Reasons to Lose Weight article for further information.

Regular exercise can work wonders. You needn’t sweat on a treadmill: get your exercise fix through sports like squash or tennis, a trip to the swimming pool or simply cycling to work. According to the NHS website, it’s medically proven that people who do regular physical activity have: