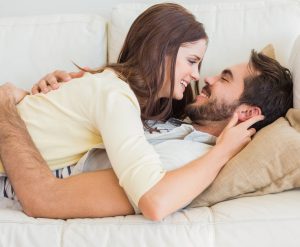 What exactly is Premature Ejaculation?

Premature Ejaculation (PE) is a very common sexual disorder, affecting around 30% of men.
A man could be described as experiencing PE if all of the following apply:

During sex, many men and their partners find that ejaculation sometimes occurs sooner than they would like it to. However, if there are also times when you are able to slow down and control your arousal and ejaculation during sex, then you probably wouldn’t be described as suffering with PE.

With PE, it is often the case that penetration is not possible, as ejaculation always occurs before. This can cause relationship distress and frustration for both partners and bring about feelings of shame and inadequacy. If a couple want to have a baby, this can become a problem in trying to conceive naturally. Sadly, many men suffering with PE might avoid relationships altogether for fear of humiliation and disappointment leading them to withdraw socially, adding to the emotional strain.

PE can have many causes. Your state of mind has a huge influence on how your body reacts. It could occur simply due to infrequent sex, lack of sexual experience and over-excitement. It might also develop because when a man is worried about losing his erections, so focuses on increasing his sexual excitement to avoid erectile loss, leading to early ejaculation. Find out more about the link between premature ejaculation and erectile dysfunction.

Anxiety can cause PE, so it is important to train yourself to stay calm during sex.

Anxiety can cause PE, so it is important to train yourself to stay calm during sex.
Other reasons to explain why sex might so often be over quickly could be due to unconscious fear, such as a fear of putting part of yourself inside another person’s body, a fear of pregnancy or STIs (so wear a condom and get an STI test) or another fear due to underlying relationship difficulties. It might be that your partner experiences pain or discomfort during sex, so you come quickly to reduce their discomfort.

PE can also have biological roots, e.g. it could be due to genetics or heightened sensitivity in the nerves of the penis, as well as conditions such as multiple sclerosis, diabetes, prostate disease, high blood pressure, under or active thyroid and low testosterone. Medication, recreational drugs and alcohol can also affect a man’s ability to control his ejaculatory reflex.

There are psychological and medical treatments available for PE ranging from talking therapy, as well as exercises that you can practice on your own to help you gain more control of your sexual arousal. Medical treatments might include Topical creams or oral medication. Visit the LloydsPharmacy Online Doctor Premature Ejaculation Clinic for information, or to begin a free online assessment.

How long should it take to ejaculate?

If you and your partner really value penetrative sex, but you often come before your partner, try stimulating your partner until they are about to climax before engaging in penetration, then you might both reach orgasm during intercourse. Many women actually enjoy clitoral stimulation more than penetration alone, because the highly sensitive nerve endings in women’s genitalia are located in the clitoris, rather than inside the vagina.

If you are experiencing difficulties with PE and require further help, contact your GP or LloydsPharmacy Online Doctor or search for an Accredited Psychosexual Therapist.