What is a smoker’s cough? 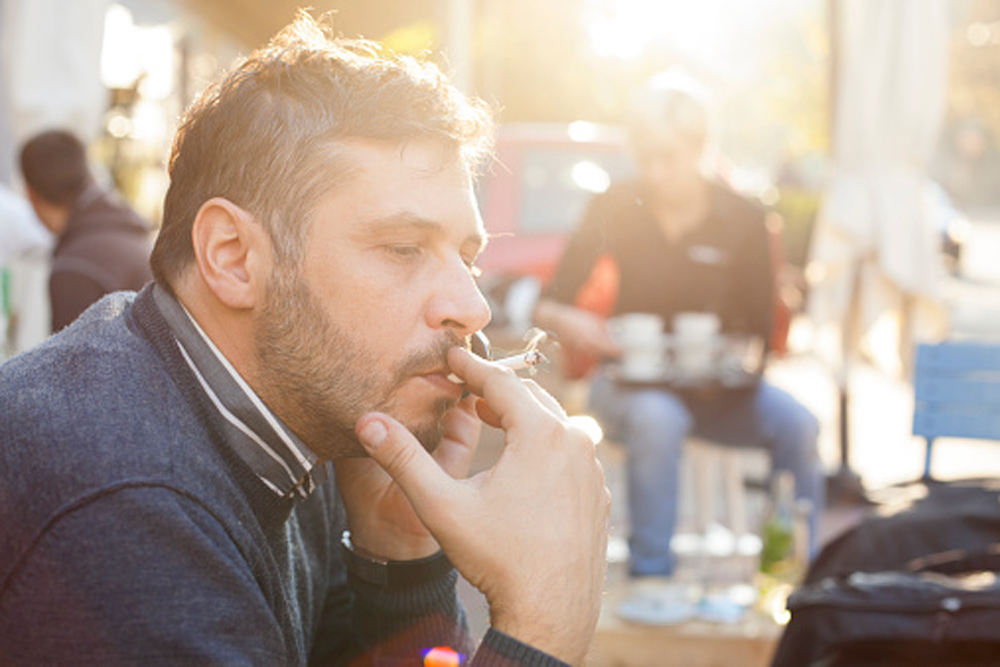 It’s one of the most common signs of a smoker – that constant cough that never seems to go. But what exactly is a smoker’s cough and how can you get rid of it?

What is a smoker’s cough in the medical sense?

The cilia in your lungs – little hair-like structures that help keep the lungs clean – are often damaged or completely paralysed by certain chemicals in cigarette smoke. This means that any toxins usually cleaned up by the cilia instead just settle in your lungs. After a while, this can lead to a build-up of mucus.

In reaction to this, your body starts coughing in an attempt to shake loose and expel the toxins and mucus. However, for long-term smokers this defence mechanism sometimes isn’t strong enough and the build-up of viruses and bacteria in the lungs can lead to pneumonia and acute bronchitis.

A sustained cough in a smoker could also be a sign of chronic bronchitis or emphysema, which is an inflammation and scarring of the lungs (due to smoking). It can cause the body to produce large amounts of mucus, which again results in a cough.

How to treat a smoker’s cough

The best way to get rid of that hacking cough is to quit smoking. However, those who have developed a serious smoker’s cough tend to be long-term, heavy smokers – the group least likely to quit.

Another form of treatment specifically for chronic bronchitis is pulmonary rehabilitation. This basically looks at other health factors and tries to resolve the problem through medically-supervised exercise programmes, disease management training and nutritional and psychological counselling.

Acute bronchitis can be eased by getting plenty of rest and fluids, and by using a humidifier. There are some medications that can be used to relieve pain, fever and cough. An antibiotic can be prescribed if the bronchitis is due to a bacterial build up in the lungs.

There are also ways to soothe or ease the discomfort caused by the cough such as gargling with warm salt water, taking throat lozenges and having hot water with honey.

How to prevent a smoker’s cough

Again, the best way is to quit. If you start to develop a regular cough due to smoking, quitting for a long period of time could help clear up the airways and allow the cilia to repair themselves.

Making sure you drink plenty of water is key, as it thins out the mucus in your lungs and throat.

Lastly, make sure your diet and general health are good. By keeping fit and healthy, you give your body a better chance of fighting any infection.