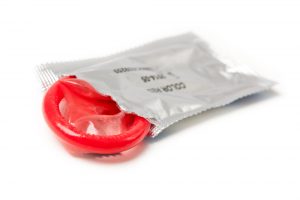 Across the globe, one of the most popular methods for practising safe sex is the male condom. Though the first rubber condom wasn’t produced until 1855, it’s been around for centuries in other forms. Back before the days of rubber, condoms were made from linen sheaths, leather and (most off-putting of all!) animal intestines and bladders.

Today there are a variety of different condom styles available but, though the days of animal bladder prophylactics are long gone, attitudes towards condom-use still leave something to be desired. In fact, in 2015 there were 435,000 new STI diagnoses in England alone, showing the prevalence of condom less sex.

The question is: what is it that puts people off condoms? Some attribute it to the wide availability of hormonal contraception for women; others point to modern advances in the treatment of HIV and STIs. There’s also the fact that many men simply find condoms uncomfortable, or feel that they limit sexual pleasure.

Whatever the case, unprotected sex remains a huge health risk, which means it’s time to brush up on our condom knowledge. It’s 2017 and there’s a condom out there for everyone!

For lots of men, condoms are associated with a loss of feeling. This can be beneficial if you suffer from premature ejaculation but in many cases it’s seen as a negative.That’s where ultra-thin condoms come in. Many brands offer ultra-thin, sensitive or ‘invisible’ styles of condom. The reduced thickness allows for more intimate sex, without compromising your safety.

If your problem is that sex doesn’t last long enough, then performance-enhancing condoms might be the answer. Often described as ‘endurance’, ‘delay’ or ‘extended pleasure’ condoms, this style tends to be thicker than standard. They also often come lined with a desensitising lubricant that helps to decrease sensitivity, allowing for longer, more satisfying sex.

It’s a common assumption that condoms are one-size-fits-all – which means men with a penis smaller or larger than the average would be at a natural disadvantage.

In actual fact, most condom brands cater to smaller and larger penises; look out for packs labelled as ‘trim’ or ‘snug fit’ if you’re on the small side, and ‘magnum’ or ‘XL’ if you’re on the larger side. Individual types will offer different levels of stretch, elasticity and comfort, so it’s worth doing your research before you buy.

You can also buy non-latex condoms if you or your partner is allergic to latex. Lambskin condoms can be a great option if you’re in a long-term relationship and don’t want to get pregnant – just be aware that this type does not protect against STIs.

You’ll have heard the slogan ‘ribbed for her pleasure’ but you might not be aware just how many styles of condom exist to increase pleasure during sex. 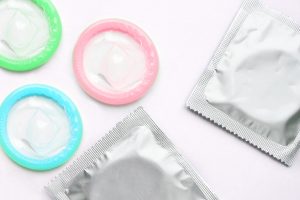 Many people believe that oral sex is a safe alternative to penetrative sex if you do not want to contract an STI – however this is untrue! Unprotected oral sex is associated with a variety of sexually transmitted infections, including gonorrhoea, syphilis and herpes.

If you’re engaging in oral sex with a new partner, it’s worth using male condoms or dental dams – both of which are available in flavoured varieties. Most flavoured condoms can also be used for penetrative sex.

If you’re looking to inject some playfulness into your sex life, consider buying condoms that are glow-in-the-dark, brightly coloured or flavoured with something delicious.

A condom’s most important job is to protect against pregnancy and sexually transmitted infections. If you’re particularly concerned, opt for an ‘extra safe’ style. Just remember – it’s not safer to wear two condoms at the same time; in fact, this can increase friction and cause breakages. It’s also best to avoid spermicidal condoms.

Lastly, don’t forget that there are multiple condom brands out there, all offering different styles at different prices. Check out Durex, Pasante, Mates (Skyn), Trojan, and My.Size (along with high street pharmacy own brand varieties) and take some time doing your research before you buy.