What happens when you break your penis? 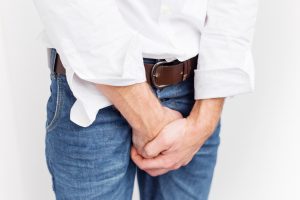 Many of us will break or fracture a leg or an arm during our lifetime, but did you know it’s possible to break your penis? The condition that’s known medically as a ‘penile fracture’, is serious, but also very rare. Aside from the psychological trauma, long term a broken penis can cause erectile dysfunction.

Although there are only a few cases reported each year, it’s worth knowing what to look out for, how to act if does happen, and how to avoid fracturing your penis.

What is a penis fracture?

It’s not a bone that breaks, but thousands of little cells in the penis that break and burst under sudden or extreme force.

When you’re aroused, blood flow to your penis increases 16-fold, causing an erection. When erect, the membranes containing all that blood are under pressure, or ‘hard’. Think of them like little balloons: with no air inside, a balloon is soft and can be bent or manipulated without damaging it, but when it’s inflated the skin is pulled tight making it more brittle, so extreme twisting, bending or forceful shock will cause it to pop. That pop? That’s a penis fracture.

What are the symptoms of a broken penis?

What should I do if I’ve broken my penis?

Act quickly. Go to A&E via a taxi or ask someone else to drive.

The doctor will examine you, and if you have broken your penis you’ll need an operation. Under an anaesthetic, a surgeon will repair the torn tissue and manage the bleeding under the skin that causes the penis to appear purple like an aubergine.

After surgery, ice-packs will help to reduce the swelling and relieve the pain. The doctor may prescribe medicine to reduce your sex drive temporarily – fewer erections will speed up healing – and you’ll be under orders not to have sex for at least six weeks.

Will a penis fracture cause long-term damage?

However, in some cases there are lasting effects. The penis may be ‘deviated’ (lop-sided), there could be disruption to the flow of urine, and scar tissue could cause painful erections.

A combination of these physical factors and emotional trauma can also cause erectile dysfunction.

How does a penis fracture even happen – and how can I avoid it?

Poorly-aimed thrusting against a partner’s pubic bone or perineum by accident can cause bruises and breaks.

There’s nothing wrong with getting carried away, but if you’re not in control, poorly aimed bouncing up and down can cause an accident. If you need to reposition, reinsert or slow down, speak up.

Extreme bending or force can cause lasting damage to your penis.

Kneading to reduce an erection

Physically trying to tuck away or reduce an erection like squeezing toothpaste can cause tissue damage.

Don’t try to physically intervene. To manage an unwanted erection, remain calm, think about something diverting, or take a seat until it subsides.

It’s the stuff of nightmares: rolling onto your erect penis while sleeping can cause a fracture.

If you’re an active sleeper, try tucking in your sheets. It’s a tough one to avoid, but this cause is really very rare. Don’t lose any sleep over it.

While accidents can happen it’s important to remember they’re rare. Sex should be fun and fulfilling, not a source of anxiety. If it’s erectile dysfunction that’s stopping you from getting started, Online Doctor can help advise on the best treatment for you.

Jun 4, 2018Dr Anup Jethwa
Sex without intercourseFour STIs you might have without knowing