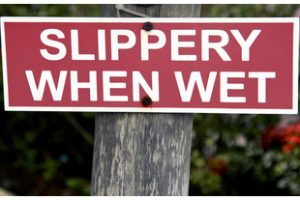 What comes to mind when you think of sexual bodily fluids? Does the idea of semen or vaginal discharge turn you on or turn your stomach?

We all have different feelings towards the body and its fluids, ranging from lighthearted and positive to deeply shameful and disturbing. It depends on your experiences.

Sex can be an intimate and primitive experience; good sex often hinges on being able to let go of preoccupying thoughts about performance and how you look, sound and feel to your partner.

How genitals taste and smell are affected by hormonal changes, diet, health, hygiene and other factors.

Just like our fingerprints, what we smell and taste like are subtly unique and can be highly arousing for your partner.

During sexual arousal, men often secrete a little colourless pre-ejaculate alkaline fluid. The purpose of this is to neutralise urine acid in preparation for ejaculation. It’s more commonly known as ‘pre-cum’. Pre-cum doesn’t contain sperm, but if there’s any sperm leftover in the urethra from an earlier ejaculation, it can transport it out of the penis. So be careful if you’re trying to avoiding pregnancy.

When a man has an orgasm, it usually accompanies ejaculation, where semen spurts out of the penis. Semen contains a mixture of fluids: sperm from the testicles, protective liquid from the seminal vesicles and milky white fluid from the prostate gland.

Sperm often comes out in a mixture of textures, some thinner, some more lumpy and thicker, like egg white. Younger men tend to produce more semen than older men.

Unlike women, men shouldn’t produce discharge from the genitals on a daily basis during non-sexual activity – only urine.

Vaginal secretions vary from woman to woman. They change throughout life and are normal to experience every day.

Natural lubrication doesn’t necessarily indicate the level of sexual arousal, although it does tend to increase during sexual excitement.

Fluctuating hormones have an effect on the consistency and quantity of vaginal discharge, as do alcohol, drugs, medication, contraception, breastfeeding, menopause and state of mind.

During ovulation, the texture of vaginal discharge tends to be jelly-like, clear and stretchy, while at other times of the monthly cycle it may be thinner and more watery, milky or creamy and slightly thicker.

The flavour of the vagina largely comes from the fluids secreted, which are often described as tasting acidic or metallic.

It is normal for vaginas and vaginal fluids to have a slight smell, which will vary according to hormones, activity, hygiene and diet.

A foul smell is often a sign that something is wrong however, so seek medical help if that’s the case.

Sex on your period

Although it might be rather messy, it’s perfectly fine to engage in sex during your period (if that’s what you both want), however it can increase the chances or transmitting STIs, so stay safe and use condoms or dental dams (latex sheets to act as a protective barrier for orally stimulating the vagina or anus).

And what’s not ‘normal’?

The fluid or discharge that comes out of your genitals can be helpful in telling you if something’s not quite right and needs medical attention – don’t ignore it.

An unusual discharge from the vagina or penis can be a symptom of Sexually Transmitted Infections (STIs) such as, Chlamydia, Gonorrhoea or Trichomoniasis.

Using condoms and dental dams will help to protect you against the transmission of STIs. For more information on sexual health tests and treatments, click here.

It’s also worth noting that some STIs can be symptomless, so if you have had unprotected sexual contact, you could be at risk and should get tested. Take a free STI risk assessment here.

A fishy smell from the vagina with a watery greyish discharge is often a sign of Bacterial Vaginosis (BV), which is not sexually transmitted and can be treated with antibiotics. BV can be caused by washing the vagina with perfumed products, or from douching (flushing out the inside of the vagina with water or a solution). Doing so can unbalance the vagina’s natural PH – it’s best to use just water on the external genitals when you’re washing.

Thrush is a yeast infection that affects both men and women, which can produce a cottage-cheese like discharge from the penis or vagina and cause irritation. Thrush can be caused by hormone fluctuations, taking antibiotics, having unprotected sex with a partner who has thrush, wearing tight synthetic clothing around the genitals, or washing the genitals with soap or using perfumed products.

Another substance produced by the body that can give off a bad smell if allowed to build up is Smegma. Smegma grows under the foreskin of the penis and has a cream cheese consistency. Although it has healthy antibacterial properties, the underside of the foreskin (if you are uncircumcised) needs to be cleaned regularly to avoid it building up.

It has been suggested that certain foods can improve or worsen the taste and smell of our sexual bodily fluids.

If you are concerned about the taste of your sexual secretions, you could try cutting down on certain foods to see if it makes any difference. However, there doesn’t appear to be any large-scale scientific research to base this taste test on, it may just be a case of personal preference.

To swallow or not to swallow

Having your partner ejaculate in your mouth may be a real turn on for some people, but it’s not for everyone. Don’t feel pressured to swallow if you don’t want to. How you feel about the texture, taste, smell, look and not knowing exactly when it’s going to happen can influence your decision to try it or not.

Talk about it with your partner – what you like and don’t like and what you might like to try. Using a condom when giving your partner oral sex not only protects against STIs but will give you a barrier if you aren’t keen on the taste, smell or ejaculation directly into your mouth. You could agree for your partner to signal to you when they are about to ejaculate, so that you can chose whether they do so in your mouth or elsewhere. But mind your eyes – semen in the eyes can sting.

You might consider experimenting using food or flavoured lubes for oral sex, which can also add a bit of fun. (Remember not to use oil-based products with latex condoms.)

Pee and wash first, to alleviate your mind of concerns over tastes and smells that might put you off enjoying sex. And if you’re using food, remember to wash afterwards as well.

If you don’t like the taste or the idea of the vagina and vulva directly on the mouth, but both want to engage in oral sex, try using a dental dam as a barrier over her genitals, which will also help prevent transmission of STIs. And if you’re using food, remember to wash afterwards as well.

If you notice an unusual change in your genitals or bodily fluids, seek medical advice. Early treatment for infections can prevent long-term health complications.

Traumatic experiences such as sexual abuse, or negative attitudes towards bodies and sexuality may influence the way you feel about sex and your body. Talking therapy might help you to build a more positive, healthy mind-set towards sex and relationships. For more information or to search for a specialist psychosexual therapist, visit The College of Sexual and Relationship Therapists (COSRT) https://www.cosrt.org.uk/.

Reddit
Can you find the vagina?Is jet lag worse travelling east rather than west?