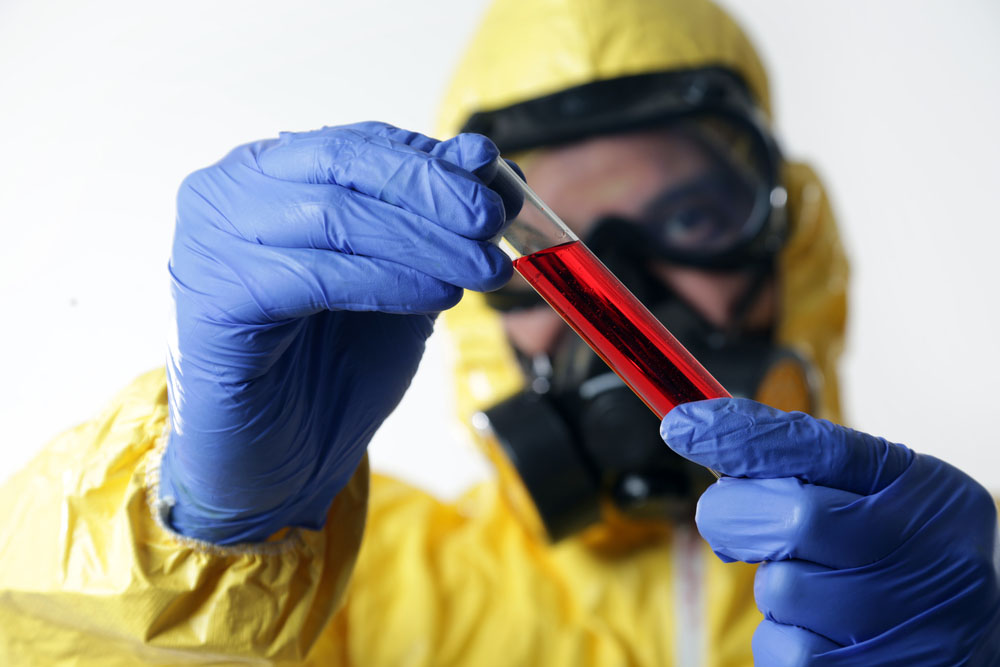 Today, Ebola screening has begun at Heathrow airport. It is no longer simply a health scare on a far-away continent, but a very real threat to the health and security of people in the UK.

Passengers from affected countries will complete a risk questionnaire, have their temperature taken and their contact details recorded. Health Secretary Jeremy Hunt said that screening at Gatwick and Eurostar terminals would start later in the week.

The current Ebola outbreak is the worst in history, and has already killed more than all the others combined (around 4,000 people so far).

But what exactly is Ebola? How does it spread? And is it really a threat to people in this country?

Ebola is a rare but deadly virus that causes bleeding inside and outside the body. It spreads through the body, damaging the immune system and organs, and causes levels of blood-clotting cells to drop, resulting in bleeding. It usually kills up to 90% of people infected, although statistics from the current outbreak seem to show that, fortunately, the figure is much lower this time, at 55%.

How do you get Ebola?

You can get Ebola through direct contact with the skin or bodily fluids of an infected person or animal, or by touching contaminated needles or surfaces.

Ebola is not as contagious as other more common viruses such as cold, flu, or measles. This is because you cannot get it from air, water or food. A person who has Ebola but has no symptoms cannot spread the disease. 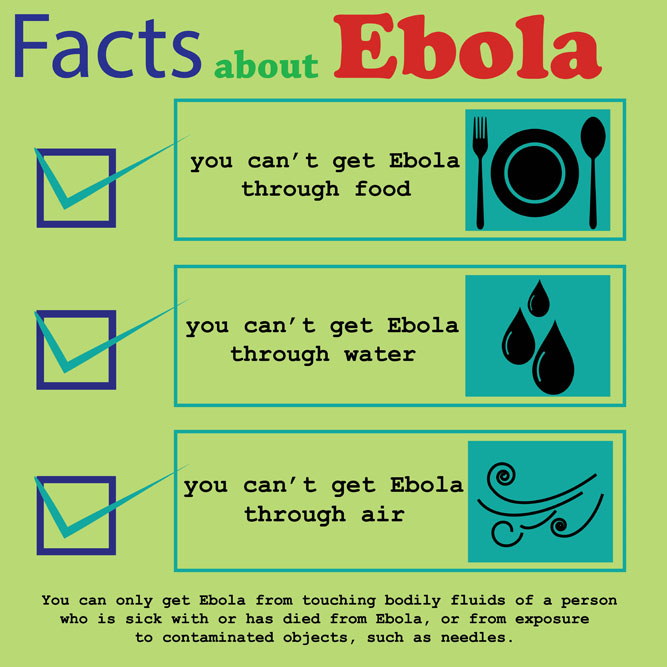 You can’t get Ebola through food, water or air

What are the symptoms of Ebola?

As the condition worsens, an infected person will begin bleeding inside the body and from the eyes, ears and nose. They will also begin to cough up blood and to have bloody diarrhoea and a rash.

How can Ebola be treated?

Sufferers are given fluids, electrolytes, oxygen, painkillers and procoagulants to control bleeding. Patients are isolated, and anyone coming into contact with them must wear a protective suit.

Is there a cure for Ebola?

There is no cure and no vaccine (yet), although several vaccines have been trialled in animals. A treatment, Zmapp (a mixture of three monoclonal antibodies against the Ebola virus), has been given to some sufferers, including the first Americans to become infected, Nancy Writebol and Dr. Kent Brantly, and British nurse William Pooley, who was treated at the Royal Free Hospital in London. All three recovered fully. The medicine has not been fully tested, but seems to be showing encouraging results.

Are we in danger?

It is thought unlikely that the disease would spread if it did come to the UK, because quarantine and communication are more developed than in West Africa.

As the disease can only be spread by people already showing symptoms, it seems unlikely that there would be much transmission in the UK, as long as people are educated about the disease.

In his statement, Mr Hunt said: “We should remember that the international community has shown that if we act decisively we can defeat serious new infectious disease threats such as Sars and pandemic flu.

“The situation will get worse before it gets better, but we should not flinch in our resolve to defeat Ebola both for the safety of the British population and as part of our responsibility to some of the poorest countries on the planet.”

Oct 14, 2014Online Doctor
Is a hair transplant worth the cost?New rules for electronic cigarettes