Everything you need to know about rabies 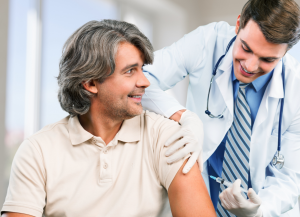 Every year on the 28th September, health workers, charity campaigners and ordinary people affected by rabies gather to promote World Rabies Day. This annual event first began a decade ago, and is designed to spread awareness about the threat of rabies.

Two years ago a global rabies conference agreed upon a common goal: to lower human deaths caused by rabies to zero by the year 2030. As a result, the theme of the day for this year is ‘Rabies: Zero by 30′.

As with any global disease, it’s believed that one of the best ways to decrease mortality rates associated with rabies is to better educate people; in an effort to spread awareness, we’ve put together a guide of our own.

Read on, share on social media, and get involved with World Rabies Day 2017.

Rabies is an infectious viral disease spread to humans by the bite or scratch of an infected animal (usually a dog). Once it has been contracted, the virus can spread to the central nervous system. If symptoms begin to develop, it is nearly always fatal (it’s thought that the disease kills tens of thousands of people every year). The good news is that vaccination before exposure, or after exposure but before symptoms present, is very effective.
Rabies is most commonly found in Asia, Africa and Central and South America, which means vaccination is often recommended for people travelling within these continents.

How is rabies spread?

The best way to prevent the spread of rabies is to understand how it’s transmitted. Though infection usually occurs as a result of a bite or scratch from a dog, it can be found in any mammals including:

The rabies virus is normally transmitted through the saliva of an infected animal, however it’s also present in infectious material such as brain tissue.

What happens if I am bitten or scratched?

If you’re bitten or scratched by an animal that may have rabies, you should immediately do the following:

Symptoms
After infection, the rabies virus gradually moves from the exposure site to the brain. During this time, which is known as the incubation period, no symptoms are apparent and the infected person cannot pass on the virus. Only once the virus has reached the brain does their saliva become infectious – at this point the infection is likely to be fatal.

Rabies symptoms can take a long time to present, typically between three and 12 weeks but occasionally up to one year. The length of time it takes for symptoms to appear is dependent upon the location of the exposure site and the amount of virus that has entered the body.

Initial symptoms can include:

Later symptoms are typically divided into two categories: furious rabies (which accounts for around 80% of all rabies cases) and paralytic rabies. Symptoms of furious rabies include:

Paralytic rabies is characterised by a slow paralysis, followed by coma.

Emergency rabies treatment is administered depending upon the circumstances of exposure. A minor scratch would likely be treated with a course of the rabies vaccine and treatment of the scratch. A more extensive wound may also require one dose of an emergency treatment called immunoglobulin.

Who should get vaccinated?

You should consider getting the rabies vaccine if you’re travelling to any high-risk areas; before travelling, speak to a doctor or nurse about your risk. You can also check the rabies status of different countries here.

The rabies vaccine requires three injections over the space of one month, so you should plan ahead to ensure you have enough time before you leave the country.

Other groups who should get vaccinated include:

If you’re not sure whether you need the rabies vaccine, talk to your doctor or take our Free Travel Vaccines Assessment. And remember: when in doubt, stay away from wild animals – no matter how cute…

Reddit
The effects of flu: health, wealth and the economyErectile Dysfunction: Don't be in the Dark